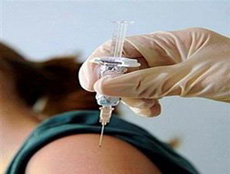 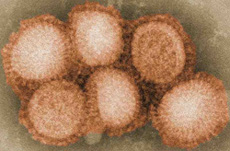 An influenza epidemic emerges during each winter's flu season. Each year there are two flu seasons due to the occurrence of influenza at different times in the Northern and Southern Hemispheres. Tens of thousands of Americans die in a typical year, but there are notable variations from year to year. In 2010 the CDC in the United States changed the way it reports the 30-year estimates for deaths from influenza. Now they are reported as a range from a low of about 3,300 deaths to a high of 49,000 per year over the past 30 years.

Worldwide, seasonal influenza kills an estimated 250,000 to 500,000 people each year. The majority of deaths in the industrialized world occur in adults age of 65 and over. A review at the NIAID division of the NIH in 2008 concluded that "Seasonal influenza causes more than 200,000 hospitalizations and 41,000 deaths in the U.S. every year, and is the seventh leading cause of death in the U.S." The economic costs in the U.S. have been estimated at over $80 billion. The number of annual influenza-related hospitalizations is many times the number of deaths. "The high costs of hospitalizing young children for influenza creates a significant economic burden in the United States, underscoring the importance of preventive flu shots for children and the people with whom they have regular contact..."

In the United States, the CDC recommends to clinicians that vaccination is especially important for people at higher risk of serious influenza complications or people who live with or care for people at higher risk for serious complications.
Vaccination against influenza is also thought to be important for members of high-risk groups who would be likely to suffer complications from influenza, for example pregnant women and children and teenagers from six months to 18 years of age.

In expanding the new upper age limit to 18 years, the aim is to reduce both the time children and parents lose from visits to pediatricians and missing school and the need for antibiotics for complications
An added expected benefit would be indirect — to reduce the number of influenza cases among parents and other household members, and possibly spread to the general community.

Vaccination of school-age children has a strong protective effect on the adults and elderly with whom the children are in contact. Children born to mothers who received flu vaccination while pregnant are strongly protected from having to be hospitalized with the flu. "The effectiveness of influenza vaccine given to mothers during pregnancy in preventing hospitalization among their infants, adjusted for potential confounders, was 91.5%".

Vaccination has been shown highly effective in health care workers, with minimal adverse effects. In a study of forty matched nursing homes, staff influenza vaccination rates were 69.9% in the vaccination arm of versus 31.8% in the control arm. The vaccinated staff experienced a 42% reduction in sick leave from work (P=.03). A review of eighteen studies likewise found a strong net benefit to health care workers. Only two of these eighteen studies also included an assessment of patient mortality relative to staff influenza vaccine. Both studies including this assessment found that higher rates of health care worker vaccination correlated with reduced patient deaths.

In the event of exposure to a pandemic influenza virus, seasonal flu vaccine may also offer some protection against both the H5N1-type (avian influenza) H5N1 infection and the 2009 flu pandemic (the H1N1 "swine flu.").