The 2009 flu pandemic vaccines are the set of influenza vaccines that have been developed to protect against the pandemic H1N1/09 virus. These vaccines either contain inactivated (killed) influenza virus, or weakened live virus that cannot cause influenza. The killed vaccine is injected, while the live vaccine is given as a nasal spray. Both these types of vaccine are usually produced by growing the virus in chicken eggs. Around three billion doses will be produced annually, with delivery from November 2009.

In studies, the vaccine appears both effective and safe, providing a strong protective immune response and having similar safety profile to the normal seasonal influenza vaccine. However, about 30% of people already have some immunity to the virus, with the vaccine conferring greatest benefit on young people, since many older people are already immune through exposure to similar viruses in the past. The vaccine also provides some cross-protection against the 1918 flu pandemic strain.

TIV works by putting into the bloodstream those parts of three strains of flu virus that the body uses to create antibodies; while LAIV works by inoculating the body with those same three strains, but in a modified form that cannot cause illness. LAIV is not recommended for individuals under age 2 or over age 49, but might be comparatively more effective among children over age 2. 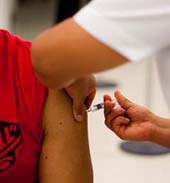 Figure 1. Massive vaccination of young children during the 2009 flu pandemic.

Possible Adverse Events of the Vaccines

A review by the U.S. National Institutes of Health (NIH) concluded that the 2009 H1N1 ("swine flu") vaccine has a safety profile similar to that of seasonal vaccine.

In an initial clinical trial in Australia, non-serious adverse events were reported by about half of the 240 people vaccinated, with these events including tenderness and pain at the site of injection, headache, malaise, and muscle pain. Two people had more severe events, with a much longer spell of nausea, muscle pain and malaise that lasted several days. The authors stated that the frequency and severity of these adverse events were similar to those normally seen with seasonal influenza vaccines. A second trial involved 2,200 people ranging from 3 to 77 years of age. In this study no patients reported serious adverse events, with the most commonly observed events being pain at the injection site and fever, which occurred in 10-25% of people. Although this trial followed up patients individually, the Government has been criticized for relying on voluntary reporting for post-vaccination evaluation in other circumstances, since this is "unlikely to accurately measure the percentage of people who get adverse effect".

In Canada, after 6.6 million doses of vaccine had been distributed between October 21 and November 7, there were reports of mild adverse events in 598 people vaccinated including: nausea, dizziness, headache, fever, vomiting, and swelling or soreness at the injection site. There were reports of tingling lips or tongue, difficulty breathing, hives, and skin rashes. Thirty six people had serious adverse events, including anaphylaxis and febrile convulsions. The rate of serious adverse events is one in 200,000 doses distributed, which according to Canada's chief public health officer, is less than expected for the seasonal flu vaccine. GlaxoSmithKline recalled a batch of vaccine in Canada after it appeared to cause higher rates of adverse events than other batches.

In the USA 46 million doses had been distributed as of 20 November 2009 and 3182 adverse events were reported. The CDC stated that the "vast majority" were mild, with about one serious adverse event in 260,000 doses.

In Japan around 15 million people had been vaccinated by 31 December 2009. 1,900 cases of side effects and 104 cases of death were reported from medical institutions. The health ministry announced that it will conduct epidemiologic investigation.

In France around five million people had been vaccinated by 30 December 2009. 2,657 cases of side effects, eight cases of intrauterine death and five cases of miscarriages were reported after vaccination by afssaps.

Rare potential adverse events are temporary bleeding disorders and Guillain-Barré syndrome (GBS), a serious condition involving the peripheral nervous system, from which most patients recovery fully within a few months to a year. Some studies have indicated that influenza-like illness is itself associated with an increased risk of GBS, suggesting that vaccination might indirectly protect against the disorder by protecting against flu. According to Marie-Paule Kieny of WHO assessing the side-effects of large-scale influenza vaccination is complicated by the fact that in any large population a few people will become ill and die at any time. For example in any six-week period in the UK six sudden deaths from unknown causes and 22 cases of Guillain-Barré syndrome would be expected, so if everyone in the UK were vaccinated, this background rate of illness and death would continue as normal and some people would die simply by chance soon after the vaccination.

Some scientists have reported concerns about the longer-term effects of the vaccine. For instance, Sucharit Bhakdi, professor of medical microbiology at the Johannes Gutenberg University of Mainz in Germany, wrote in the journal, Medical Microbiology and Immunology, of the possibility that immune stimulation by vaccines or any other cause might worsen pre-existing heart disease. Chris Shaw, a neuroscientist at the University of British Columbia, expressed concern that serious side-effects may not appear immediately; he said it took five to ten years to see most of the Gulf War syndrome outcomes.