The earliest infections of humans by H5N1 coincided with an epizootic (an epidemic in nonhumans) of H5N1 influenza in Hong Kong's poultry population. This panzootic (a disease affecting animals of many species, especially over a wide area) outbreak was stopped by the killing of the entire domestic poultry population within the territory. However, the disease has continued to spread.

H5N1 is easily transmissible between birds facilitating a potential global spread of H5N1. While H5N1 undergoes mutation and reassortment, creating variations which can infect species not previously known to carry the virus, not all of these variant forms can infect humans. H5N1 as an avian virus preferentially binds to a type of galactose receptors that populate the avian respiratory tract from the nose to the lungs and are virtually absent in humans, occurring only in and around the alveoli, structures deep in the lungs where oxygen is passed to the blood. Therefore, the virus is not easily expelled by coughing and sneezing, the usual route of transmission.

H5N1 is mainly spread by domestic poultry (see figure 1), both through the movements of infected birds and poultry products and through the use of infected poultry manure as fertilizer or feed. Humans with H5N1 have typically caught it from chickens, which were in turn infected by other poultry or waterfowl. Migrating waterfowl (wild ducks, geese and swans) carry H5N1, often without becoming sick. Many species of birds and mammals can be infected with HPAI A(H5N1), but the role of animals other than poultry and waterfowl as disease-spreading hosts is unknown. 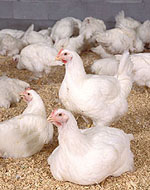 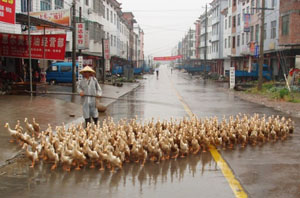 Figure 1. Domestic poultry in Asia as a source for HPAI A (H5N1).