On June 23, 2009 The New York Times reported that U.S. federal agriculture officials, "contrary to the popular assumption that the new swine flu pandemic arose on factory farms in Mexico," now believe that it "most likely emerged in pigs in Asia, but then traveled to North America in a human." They emphasized that there was no way to prove their hypothesis, but stated that there is no evidence that this new virus, which combines Eurasian and North American genes, has ever circulated in North American pigs, "while there is tantalizing evidence that a closely related 'sister virus' has circulated in Asia."

In early June 2009, using computational methods developed over the last ten years, an international team of researchers attempted to reconstruct the origins and timescale of the 2009 flu pandemic. Dr Oliver Pybus of Oxford University's Department of Zoology, and part of the research team, claims "Our results show that this strain has been circulating among pigs, possibly among multiple continents, for many years prior to its transmission to humans." The research team that worked on this report also believe that it was "derived from several viruses circulating in swine," and that the initial transmission to humans occurred several months before recognition of the outbreak. The team concluded that "despite widespread influenza surveillance in humans, the lack of systematic swine surveillance allowed for the undetected persistence and evolution of this potentially pandemic strain for many years."

According to the researchers, movement of live pigs between Eurasia and North America "seems to have facilitated the mixing of diverse swine influenza viruses, leading to the multiple reassortment events associated with the genesis of the (new H1N1) strain (see figure 1)." They also stated that this new pandemic "provides further evidence of the role of domestic pigs in the ecosystem of influenza A." 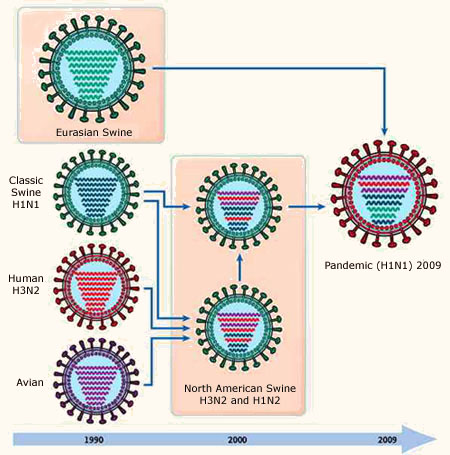 Figure 1. History of Reassortment Events in the Evolution of the 2009 Influenza A (H1N1) Virus.


In November, 2009 a study was published in Virology Journal in which it was suggested that the virus may be the product of three strains from three continents that swapped genes in a lab or a vaccine-making plant, and subsequently "escaped". The study, published in a free, online journal reviewed by other scientists, follows debate among researchers in May, 2009, when the authors asked the World Health Organization to consider the hypothesis. After reviewing the initial paper, WHO and other organizations concluded the pandemic strain was a naturally occurring virus and not laboratory-derived.